Sometimes, less is more. But not usually when you’re on the radio and there’ll be dead air if you don’t talk.

In November of 2006, I got to announce my first college sporting event. I was a freshman at Saint Xavier University and was put on the call of their women’s basketball game for our campus radio station. Announcing games was half the reason I went to college in the first place (maybe two-thirds), so I was pretty excited.

I worked the game with Nick Jakusz, who was four years my senior and had been through his share of SXU basketball broadcasts. He told me he’d set me up with an easy prompt for my opening comments on the pregame show, so I had plenty of time to prepare what I was going to say. The thing is, on live radio, it’s often better to speak off the cuff. That didn’t occur to me at the time.

I won’t pretend that I was adept at game preparation as a college freshman, but even if I had been, there was only so much research I could do. Trinity Christian College wasn’t sending out any game tapes and even the player bios on the school websites were pretty flimsy so I did what I could in analyzing both teams’ stats and called myself ready.

Based on my review of those stats, I felt I had zeroed in on a key point that I could highlight when Nick cued me. Through their first three games, Saint Xavier had averaged over 80 points per game while Trinity Christian was scoring fewer than 60. I decided to use those numbers to highlight Saint Xavier’s fast paced style. If the Trolls could slow the game down and keep the score in the 50’s or 60’s, they might have a chance to pull the upset. If the Cougars succeeded in playing efficiently at their preferred pace, Trinity didn’t have the offensive firepower to keep up.

I felt pretty confident in that analysis and was convinced I would hit the ground running in my career as a collegiate broadcaster. As I heard our intro playing from the radio station, I reviewed my notes again, ready to wow all of our listeners.

With the stats still running through my head, Nick set me up by asking what the biggest key for a Saint Xavier victory was.

Now it was my moment to shine. I sat up straight, positioned my notes in front of me and said: “They’re gong to want to score a lot of points.”

Immediately, everyone else at the scorer’s table started laughing at my astute analysis. I quickly backtracked and tried to explain what I meant. Nick recognized that I was flustered and helped make sense of what I had been trying to say.

I recovered from my initial embarrassment and didn’t make any huge mistakes the rest of the night, although I’m sure my commentary left much to be desired.

I didn’t right away make the connection to my first high school basketball broadcast, but a few years later, I decided to take a trip down memory lane. As I listened to my Fenwick Friars take on the Marist RedHawks from December 4, 2004, I almost immediately caught myself laughing – at myself, no less. This wasn’t technically my first broadcast; I had helped out the previous year by working some pregame and halftime shows to give the regular announcers breaks – there were no commercials – but this was the first time getting to do a full game broadcast.

My partner for the day was Steve Henneberry, who I believe was also working his first full game. Even though he didn’t have any more experience than I did, I was grateful that he took play-by-play because even though I knew that’s what I wanted to do with my career, I was 16 and had no idea how to do it at the time.

Steve didn’t really know how to run a broadcast either, so our pregame show turned out to be a lot of rambling back and forth. When he noticed at the top of the pregame show that one of our players, Maggie Kloak, was on crutches, he asked if I knew what was going on with her.

I didn’t really know Maggie, but I had a class with her and I had seen her using crutches all week at school, so I was aware going in that she was injured and would be missing at least a few games. I could have said that on the air but I didn’t want to discuss an injury I didn’t actually know anything about. Then again, I felt it would be irresponsible as a broadcaster to not report on what I did know even though I didn’t actually know anything. But it would be a lie to say I knew nothing because I had seen her in crutches all week.

My mind was racing a mile a minute trying to figure out what to say. I didn’t have a minute, though, so really my mind only raced about a hundred feet. All those jumbled thoughts poured through my head in the span of a second before I realized I had to say something. So, our exchange sounded like this:

Steve: “Terry, it looks like Maggie Kloak’s on crutches. Do you know what’s going on with her?”

And so, my introduction to Fenwick basketball fans was even briefer than my introduction to Saint Xavier fans would be two years later. The only difference is that at Fenwick, I somehow didn’t realize that my analysis was lacking. It didn’t occur to me until years later when I listened to the tape.

I guess that’s the real benefit of experience. You might get better as a broadcaster, but you’ll definitely be able to pick out the times you weren’t any good.

What’s the point of all this? I don’t know exactly, but if I ever end up announcing a pro basketball game, I hope my first words are a little more intelligible.

A Wonderful Waste of Time, my book about the Windy City ThunderBolts, is available for purchase through Amazon. 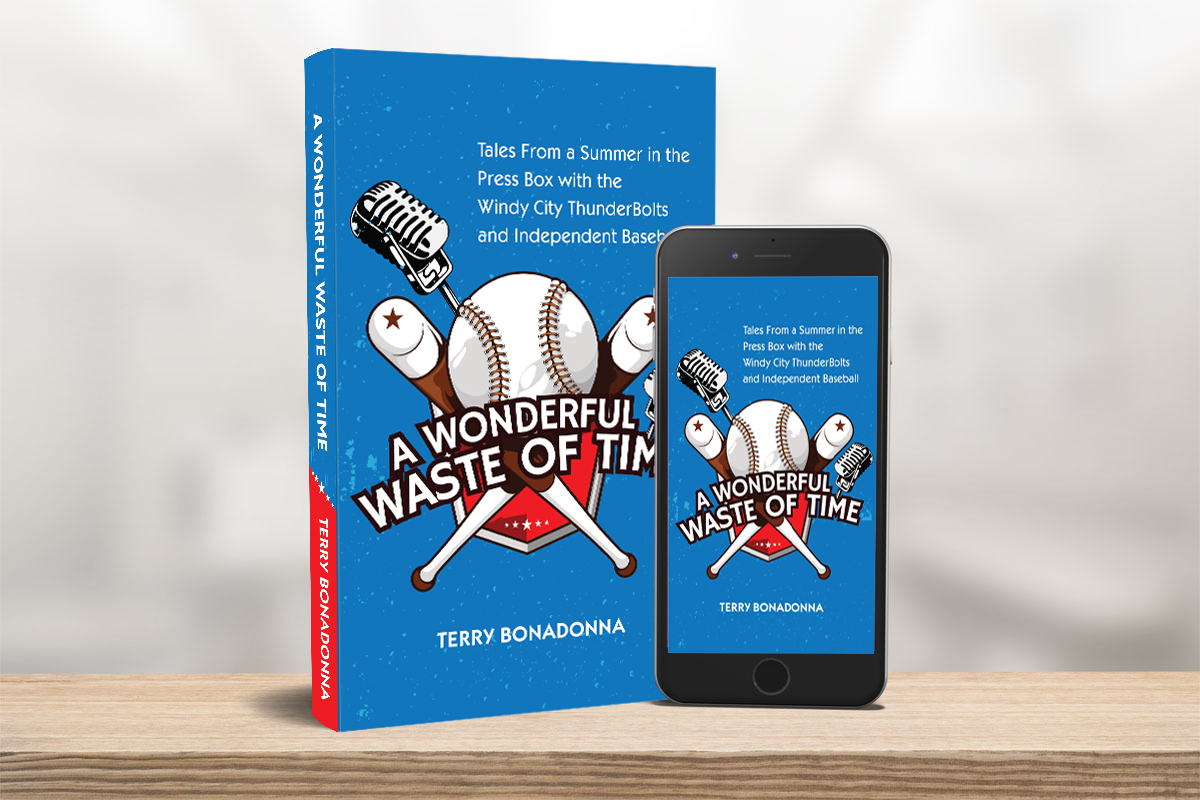